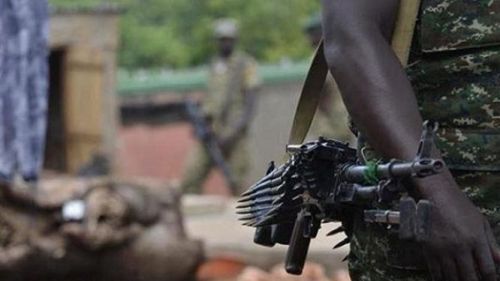 Last Friday, President Paul Biya reaffirms his "commitment" to fighting separatist groups. This renewed pledge was stated in a letter (that was leaked on the internet) sent on November 26, 2021, by the Head of State to Bernard Okalia Bilaï, governor of the Southwest.

The pledge comes after the attack against the Ekondo Titi bilingual High School on November 24, 2021. That day, a dozen separatist fighters dressed in military attires and armed with automatic weapons stormed the school firing at the classrooms where students and teachers were having classes, according to a release issued the same day by the Ministry of Defence. The assailants also detonated an explosive device leaving five dead (four students and a teacher) and several injured.

"I assure you of my continued commitment to relentlessly fighting those criminals and terror mongers," the head of state promised in the letter that was leaked on the internet. The President condemned the acts he qualified as ‘barbaric,’ extended his condolences to affected families, and promised that the culprits will be published.

Let’s note that the attack was also condemned by the European Union, the USA, Canada, and the UK, which demanded criminal investigations to convict perpetrators.

The head of state declared war on the separatists in 2017, promising that everything will be done to neutralize them. "Cameroon is a victim of repeated attacks by a group of terrorists claiming to be part of a separatist movement. I would like to assure Cameroonians that everything is being done to neutralize those criminals and make sure peace and security are guaranteed throughout the national territory," Paul Biya announced on November 30, 2017, in a brief statement to the press at the Yaoundé-Nsimalen airport after four soldiers and two policemen were killed in Mamfe, in the Northwest.