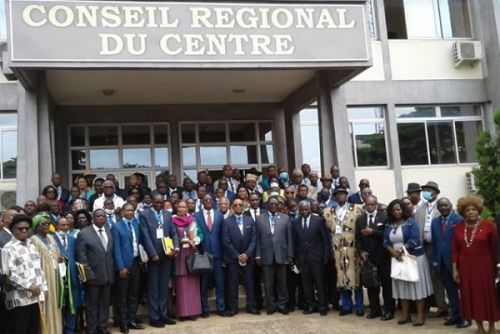 Decentralization: 930 auditors to be recruited for training in regional administrations

Acting as the First Vice President of the Cameroonian Council of Parliamentarians and Elected Territorial Officials (CONCEPT), Gilbert Tsimi Evouna recently announced a competitive exam for the recruitment of candidates interested in regional administration.

The exam aims to recruit 930 auditors who will be offered professional training in regional administration (in the ten administrative regions) for six months, May to October 2022.

The said training will enable regional councils to effectively fulfill an instruction given by the President of the Republic last December. Indeed, in a decree dated December 28, the Head of State defined the standard organization chart of regional administrations and gave the Councils six months to fill the administrative staff positions.

Last January 21, in an interview on state media CRTV-Radio, Gilbert Tsimi Evouna (also president of the Regional Council of the Centre) informed he had made arrangements to make regional administrations operational.

"We are almost ready. We have already recruited a few young people who have attended a seminar to get prepared. The seminar is over and they have been assigned to some offices. We have assigned them some tasks. Later, based on their qualifications, we will see if they can be assigned to permanent posts,” he said.

In Cameroon, regional councils were created in 2021, after the regional elections were organized in December 2020.