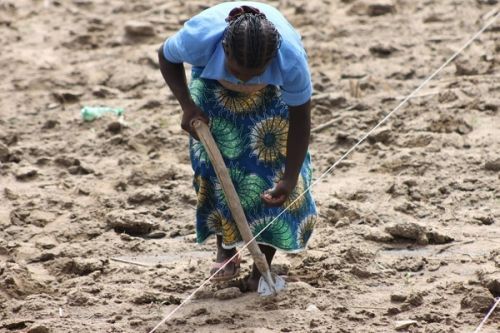 Far-North: Over 900,000 people at risk of starvation (Action Against Hunger

The United Nations Office for the Coordination of Humanitarian Affairs (UNOCHA) in Cameroon reports that the poorest families are experiencing acute food insecurity in the Far North region. According to the NGO Action Against Hunger, some 901,042 people will have great difficulty feeding themselves in the coming months due to some well-identified causes.

"Insecurity, scarce rainfall, attacks on crops by granivorous birds and pachyderms have seriously disrupted the 2021 agricultural season and pose a threat to the food security of several communities," explains the UNOCHA Cameroon.

Action Against Hunger shares the same view.  An article published last week indicated that the poorest families are already out of food stocks. For those families, the lean season has begun earlier than expected. This period, which is when products from previous harvests run out, usually begins in June.

To make matters worse, this lean season has come with an increase in grain prices in markets. For instance, in the Makary market, the price of a 92-kg bag of millet (the main local staple in the region) rose from XAF20,000 in January 2021 to XAF28,000 in January 2022. This represents a rise of 29%, according to officials from the Ministry of Agriculture and Rural Development (Minader), quoted by Action Against Hunger.