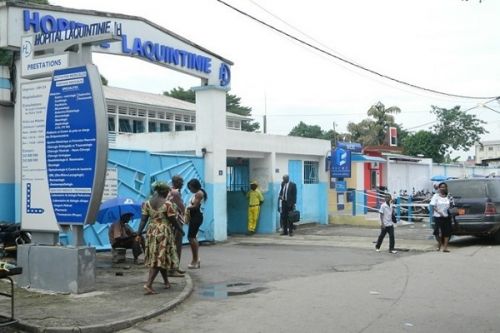 Laquintinie Hospital announces legal action against those who assault its staff

"There is now a zero-tolerance policy for those who assault our staff. Any violent act against the staff will now be punished. To this end, any offender will be brought before the competent courts," he wrote in a statement issued on Tuesday 30 March.

This decision was motivated by the rising number of assaults on the health personnel of the reference health facility "despite the noticeable improvement in the care and support provided to patients," the statement added.

The decision revives debates about assaults on the health personnel of the health center.  In 2019, the National Order of Doctors of Cameroon (ONMC) expressed its concern about the surge in assaults against doctors at their workplaces. The order suggested that such practices should be punished with the utmost rigor.

At the time, the order was written because on the night of November 3 to 4, 2019, a doctor was assaulted at the district hospital of Efoulan, Yaoundé. That night, the practitioner, Dr. Cecile Koumou, was beaten by relatives who were ordering her to immediately care for the patient they brought. They wounded the practitioner and even dislocated her shoulder. Her colleagues took to the streets to report the attack and called on authorities to take necessary measures to ensure the safety of health practitioners at their workplaces.

On hearing the news, the Minister of Public Health Manaouda Malachie said he was "shocked" and strongly condemned the actions. "I would like to warn the perpetrators because we will now file a complaint against them," he tweeted.

According to Cameroonian laws, those who assault health personnel are liable to imprisonment. Article 156 of the law of June 12, 1967, on the penal code, punishes anyone who assaults a civil servant with one to three years imprisonment and fines ranging between XAF5,000 and 100,000.

The penalties rise to five to ten years of imprisonment and fines ranging between XAF20,000 to 500,000 if the violent acts are premeditated or resulted (even unintentionally) in injuries. The sentence, when the assault results in death, is life imprisonment and when the guilty party causes the death of the servant intentionally, the sentence is a death penalty.