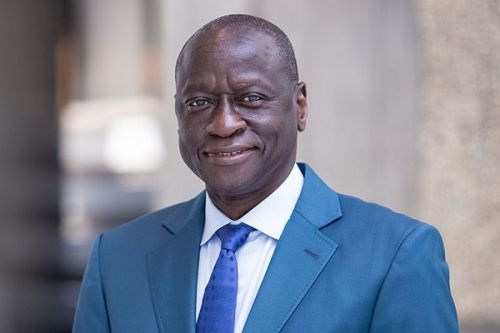 The World Bank plans to double its education portfolio in West and Central Africa over the next three years. "Currently, our educational portfolio for the region is $3.1 billion, but we intend to double this amount by 2025, making it a minimum of $6.2 billion," said Ousmane Diagana (pictured), World Bank’s Vice-President for West and Central Africa.

He made this comment during a press briefing at the end of a meeting of finance and education ministers from these two regions with the World Bank on June 27. The meeting took place in Accra, Ghana, to discuss the World Bank's new regional strategy for education, themed “From School to Jobs: A Journey for the Young People of Western and Central Africa.”

The strategy offers a “roadmap for making investments to enhance education and train young people on the skills they need to find rewarding employment,” the World Bank said. According to the institution, education in West and Central Africa is facing an unprecedented crisis despite recent progress. Over 32 million children are out of school and 80% of 10-year-olds are unable to read and understand a short text, the highest rate in the world.

The learning crisis was exacerbated by the pandemic that  led to the closure of schools as a control measure, particularly in Cameroon, but also difficulties for the country to ensure educational continuity for all. The crisis also exposed the country’s digital divide. “Learning losses represent an alarming manifestation of the current education challenge. However, countries are committed to addressing it and we are mobilized to support them through financial resources and expert advice,” said Ousmane Diagana. The World Bank is financing the Education Reform Support Project (Parec), which aims to promote learning for all in Cameroon.

The World Bank's new education strategy seeks to create “a region where girls and boys come to school ready to learn, acquire real knowledge, and enter the workforce with the skills they need to become productive and fulfilled citizens.” To achieve this, the ministers of the 18 countries participating in the Accra meeting committed themselves to reducing the learning poverty in primary education. For secondary education, they agreed to focus on the need to increase the enrollment of girls in secondary schools. In Cameroon, girls' access to basic and secondary education remains low, particularly in the northern and eastern regions, which are classified as Zones of Priority Education (ZEP).

The delegations also intend to increase enrollment in higher education, particularly in science, technology, engineering, and mathematics (STEM) fields and other disciplines relevant to the region's labor markets.