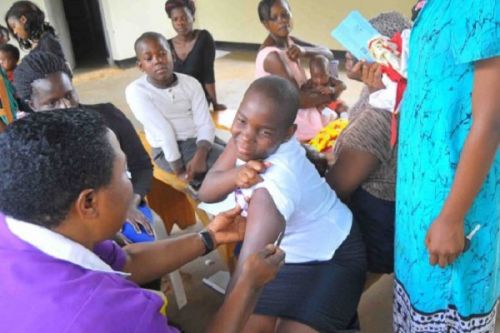 Initially scheduled for September 23-27, the vaccination campaign against the human papillomavirus, which causes cervical cancer, will finally be launched by the Expanded Program on Immunization (EPI) on October 12, 2020.

This campaign, which will first take place in health facilities and communities, and then in private and public schools starting November 23, targets 339,908 young people aged 9 years.

An experimental campaign launched in 2010 targeted girls in the 9-13 age group. Between 2010 and 2012, it made it possible to vaccinate 6,851 girls in this age group in the North-West and South-West regions; 14,365 other girls received the vaccine in the health districts of Foumban and Edéa between 2014 and 2016.

“A test phase for vaccine approval initiated in 2014 has effectively targeted the 9-13-year-old cohort,” confirms the EPI Permanent Secretary, Dr. Hassan Ben Bachire. To justify the age restriction, he revealed that "after 10 years, many girls would have already had sexual contact. However, the HPV vaccine should only be given to girls who have not yet had sexual intercourse.

Dr. Hassan Ben Bachire recommends vaccination especially since it "reduces cervical cancer cases by 70%.” According to EPI statistics, Cameroon registers 2,356 new cases of this type of cancer each year for 1,546 deaths.