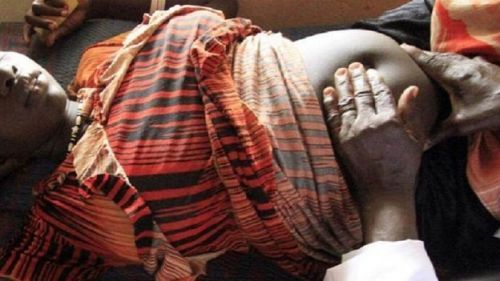 Clandestine abortion is a major cause of infertility and maternal mortality in Cameroon, Pr. Pascal Foumane says

On the occasion of the International Safe Abortion Day held on September 28, Pr. Pascal Foumane, gynecologist and head of the gynecological department at the Yaoundé Gyneco-Obstetric and Pediatric Hospital (HGOPY), pointed that abortion is one of the main causes of maternal mortality and infertility in Cameroon. He said this during an interview with the Cameroon tribune.

According to the president of the Association of Midwives of Cameroon, Annie Hortense Atchoumi, a study conducted in 2017 established that more than 33% of young girls in the 20-24 age group lose their lives due to unsafe abortion. That rate was 20% for women between the ages of 25 and 29.

"Medically, illegal abortion is a high-risk abortion and exposes the patient to many complications, including very serious infections with digestive perforations. Sometimes to save the patient, we resort to organ mutilation," warns Prof. Pascal Foumane. Abortion is illegal in Cameroon. "It is only when it is proven that a pregnancy endangers the life of the mother that abortion is permitted in Cameroon. In cases of rape, abortion is also allowed," the gynecologist said.

Apart from these two cases, the Penal Code punishes "with imprisonment of 15 days to one year and a fine of CFA5,000 to CFA200,000 or with one of these two penalties only, any woman who procures the abortion for herself or who consents to it. The same law "punishes with imprisonment of one to five years and a fine of CFA100,000 to CFA2,000,000 anyone who, even with her consent, procures an abortion for a woman.” The latter penalties are doubled for anyone who habitually provides abortions or who exercises a medical profession or one related to it.

To limit unsafe abortion and reduce the high mortality and infertility rates, the societies of obstetricians and gynecologists advocate for the promotion of safe abortion.