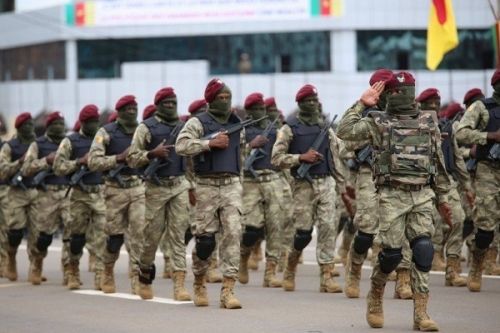 The campaign will focus on "the signs and symptoms" of the disease (headaches, aches, fevers, chills, asthenia, myalgia, back pain, adenopathy, disseminated rash), as well as measures to be taken to prevent it and avoid its spread. The official invites soldiers to avoid all contact with sick or suspected people as infectious people are contagious at the onset of the first symptoms. They should also avoid contact with any animal with skin lesions, sick or dead from monkeypox, and follow basic hygiene rules such as washing hands with soap and water. Soldiers are also required to report any suspect cases to health facility officials.

Joseph Beti Assomo says monkeypox is a “serious” disease that must be taken as such. Cameroon is currently experiencing a new outbreak of the disease. Twelve cases have been confirmed since the beginning of the year, including two deaths, according to the Minister of Public Health (Minsanté), Manaouda Malachie. He said four regions are currently affected: the Central region, Northwest, South, and Southwest.