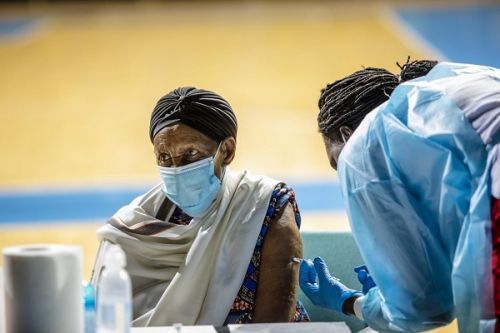 Data compiled by the Expanded Program on Immunization (EPI) showed that during the 5th Covid vaccination campaign in Cameroon (November 18-27) more than 1.8 million people received the vaccine.

This is a record number given that nationwide, as of October 19, only about 1.5 million people have received "at least one dose of vaccine" since the launch of the vaccination campaign on April 12, 2021. However, it remains below the initial goal, which was 3 million people.

"The latest figures continue to be compiled at the national level," the EPI announced Wednesday on its Facebook page.  Ultimately, the government aims to vaccinate at least 40% of the target population by the end of 2022 to achieve herd and robust immunity. Before this fifth immunization campaign, statistics showed that 12% of the population aged 18 years and older was already covered. These are "encouraging results" but more efforts need to be made, according to the Minister of Public Health (Minsanté), Manaouda Malachie. The official said they are still not enough to protect the country from a new wave and called on the population to get vaccinated.

As of November 18, Cameroon officially had 124,113 confirmed positive cases, including 1,965 deaths, 42 active cases with one patient admitted and no patients on oxygen.