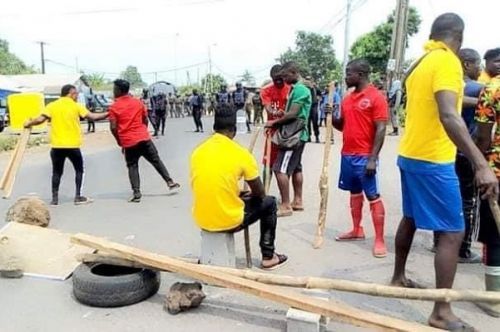 Close to 60 Cameroonians "presumed to be in an irregular situation" in the United States will be repatriated to Cameroon on Thursday, February 4, 2021. They will arrive in Douala on a special flight of the American company Omni Air International. The information is contained in a note sent by Minister Plenipotentiary Gervais Edmond Bindzi-Edzimbi (head of the Ministry of External Relations’ agency in the littoral) to Jacob Bahayang (director of the international airport pf Douala) on January 29.

Jacob Bahayang was instructed to take "special measures" for this arrival "given the socio-political, security and health context that [the] country is going through." As usual, the operation will be supervised by several administrations, we learn.

This repatriation comes at a time when the new American president Joe Biden has decided to freeze, for 100 days, the deportation of undocumented immigrants who arrived in the United States before November 1, 2020.

"The operation was planned a long time ago. The first contingent arrived in October. A second contingent was due to arrive in December but was put on hold because of protests, from lawyers especially. This contingent is the one that was put on hold. At least three continents will arrive," sources at the U.S. Embassy in Yaoundé explained on condition of anonymity.

The first contingent referred to arrived on October 14, 2020. That day, 57 Cameroonians arrived via a special Omni Air International flight. According to the government daily Cameroon Tribune, the compatriots entered the United States illegally via Guatemala and Mexico. They were mostly from the North-West and South-West regions where the English-speaking crisis is raging since October 2016, Voice of America (VOA) reported.

According to the US state media, they emigrated illegally to the United States where they were seeking political asylum, citing "threats to their security". In a report released on December 18, 2020, Human Rights Watch (HRW) asked the U.S. government to "suspend" deportations to Cameroon because of the "serious threats to their lives and liberty that they would face upon their return home."

Our sources at the U.S. Embassy explain that deportation is not a new practice and is not limited to Cameroonians. "People have always been deported to the country [Cameroon] but the deportations were not covered in the media. Most people are hearing about this because of the Anglophone crisis. The United States strictly applies its laws. If you're in an irregular situation, we can deport you at any time," the sources told us.