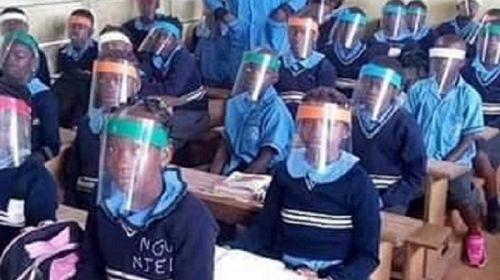 Douala I: Mayor Lenguè Malapa orders temporary suspension of classes at municipal nursery schools due to the resurgence of Covid-19

He explains that this is a preventive operation against the coronavirus pandemic because schools are hotbeds of Covid-19 infection.

In a previous memo signed on February 24, the mayor announced that on March 1, 2021, the municipal nursery schools would be closed till further notice. In the March 1 memo, he however amended his decision informing that classes would resume on Monday, March 8, 2021, at 7:30 a.m.

Let’s note that the government has implemented a set of hygienic measures in schools to ensure that they reopen and operate safely after several months of closure due to the pandemic.

Those measures include classroom disinfection, which is essential in the fight against the spread of that pandemic. There is also the daily disinfection and cleaning of frequently touched surfaces and items like desks, work plans, handles, computer keyboards, hands-on items, taps, and toys.

Despite the "strict" sanitation protocol put in place in schools to counter Covid-19, many cases of contamination have been reported among teachers and students.

About 20 people (including at least 10 pupils) tested positive last month at the group 1 and 2 of the municipal nursery school of Bonamoussadi, in the 5th district of Douala.

According to authorities, this situation is mainly due to the carefree attitude of the population, leading to their non-compliance with safety measures.

The authorities, therefore, ask the citizens to strictly comply with those measures in a context marked by the strong resurgence of the pandemic, with a rising number of infections and deaths all over the country, but particularly in Douala, which is one of the major hotbeds in Cameroon.