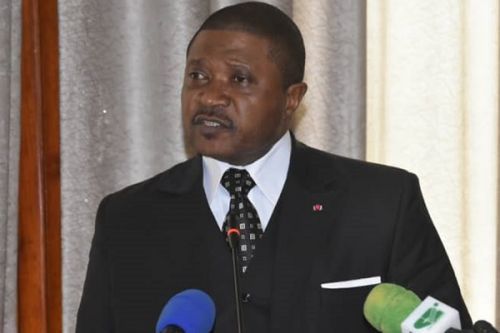 From June 7 to September 10, the Cameroonian transport ministry will conduct an awareness-raising campaign to prevent road accidents, especially during the busy period of school holidays. The announcement was made on May 31 by Minister Jean Ernest Massena Ngalle Bibehe (pictured).

The campaign will raise awareness on "speeding, overloading, the technical condition of vehicles, and compliance with the restrictive measures against Covid-19." To achieve this, the department will rely on its judicial police officers with special jurisdiction.

Last March 23, at the National Assembly, during a special plenary session devoted to prevention and road safety, Minister Massena Ngalle Bibehe announced "the restructuring and strengthening of the operational capacities of 315 judicial police officers with special competence (OPJs) throughout the national territory, followed by the production and provision, to them, of collections of texts and guides for intervention.”

Road accidents have been increasing in recent months. On May 25, a faulty braking system on an intercity bus caused the death of five people on the Dschang cliff (western region). Earlier in January, about 50 people died on the same road following a collision between a truck carrying smuggled flammable liquid and a passenger bus.

The start of the school vacations in June and the beginning of the school year in early September are periods of intense traffic on the roads.