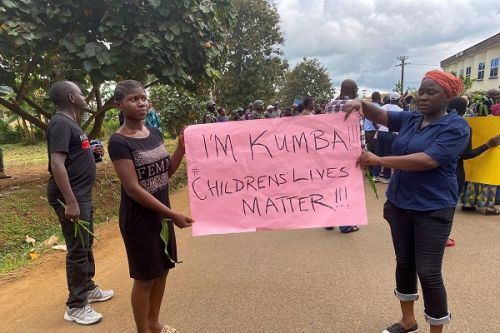 Attacks on Cameroonian schools increased over the past two years (report)

Cameroon ranks among the countries in the world where attacks on schools have increased over the past two years. This is a finding of the "Education under attack 2022" report just published by the Global Coalition to Protect Education from Attack (GCPEA).

“The rate of these attacks, many of which were perpetrated by unidentified armed groups, escalated from December 2020 onwards. Burkina Faso, Palestine, Somalia, and Colombia, also had high numbers of students and educators threatened, abducted, injured, or killed by targeted and indiscriminate attacks,” the report reads. Cameroon is listed in this document mainly because of the precarious security situation in the Northwest and the Southwest regions, where separatists have been wreaking havoc for several years. The tragedy at Mother Francisca International Bilingual Academy in Kumba, Southwest, in October 2020 remains a fresh memory. Unidentified gunmen broke into the private school and opened fire. At least eight children were killed in the attack, which was widely condemned by Cameroon's political class.

This year, the Cameroonian government and the United Nations (UN) have denounced two attacks on schools by "non-state armed groups," according to a UN report. On February 8, the groups set fire to the Molyko public primary school in Buea. Three days later, the Queen of Rosary Catholic High School in Mamfe was attacked.

In its report, the UN estimated that nearly 700,000 children and students were out of school due to insecurity in the Northwest and Southwest.