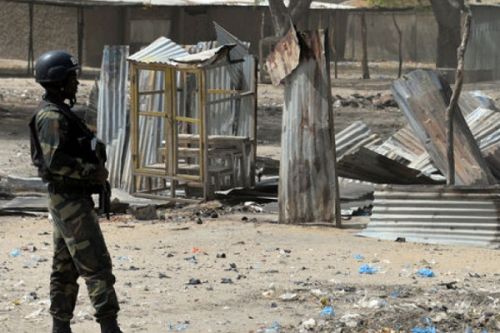 On the night of Monday to Tuesday, at least eight people were killed and several others wounded in a series of attacks attributed to the terrorist group Boko Haram, in the Far North. The deadliest of the attacks were in Kouyapé, a village in the district of Kolofata, not far from the border between Cameroon and Nigeria.

"Boko Haram terrorists attacked Kouyapé at around 1 a.m. Once alerted, the regular army intervened and pushed them back. As they were fleeing, one of them activated an explosive device that killed six civilians and wounded seven others,” news agency Anadolu reported citing Midjiyawa Bakari, governor of the Far North. The news agency added that one of the terrorists was arrested and war materials recovered.

That night, Boko Haram also killed a man belonging to the Vigilance Committee in Talakachi, a town in the Mayo-Moskota district. The terrorists, who were trying to take over a military camp, injured three people including a soldier.

This is not the first time Kouyape is being attacked. In 2016 for instance, a suicide bomber triggered his bomb inside a mosque killing a dozen people.

Also, this week, some members of the Multinational Joint Force (MJF), going for a supply mission were ambushed by Boko Haram members in Wulgo. According to General Bouba Dobekréo, commander of sector 1 of the MJF, a Nigerian soldier was killed and four wounded (a Nigerian and three Cameroonians). On August 2, 2020, the terrorist group attacked a displaced persons’ camp in Nguetchewe killing 19 people.

All these attacks show that the Islamist sect whose military capabilities were greatly weakened has regained its strength.