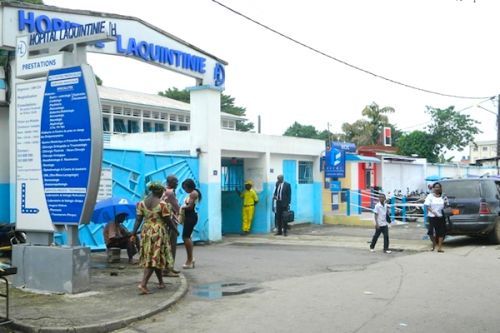 A new public hemodialysis center is under construction at the Laquintinie Hospital located in Douala. Public Health Minister Manaouda Malachie laid the first stone on February 26, marking the official start of construction work. It will be the second center of its kind built by the government in the economic capital of Cameroon, after the general hospital.

The project was initially announced in 2018. The construction of this new facility comes at a time when there is a shortage of dialysis kits in public centers for the treatment of kidney failure in Cameroon; a situation that has prompted angry demonstrations by patients across the country. The most recent one dates back to January 13 when kidney failure patients in Maroua (Far North), who have been deprived of care for three months, took to the streets to express their dissatisfaction. Faced with the discontent of dialysis patients, the government said it was working to remedy the problem.

On January 19, the health minister opened a series of consultations with renal patients at the Yaoundé General Hospital to find "sustainable" solutions for better access to care. Hemodialysis is the only renal substitution treatment available in Cameroon. To democratize this treatment, the Head of State has instructed the creation of hemodialysis centers in all regional hospitals in the country since 2011. The commitment of the State has also made it possible to reduce the cost of the dialysis session to CFA5,000, thanks to an annual subsidy granted since 2002 to cover the treatment of patients suffering from kidney failure.

For health authorities, however, dialysis is only a "transitional" solution, as they are mulling over organ transplantation solutions. In this regard, Manaouda Malachie says that the draft law on organ transplantation will be sent to the government by the end of the first quarter of 2021. "This law will be submitted for assessment before the Assembly when decided. It will allow patients at an advanced stage to be able to receive a kidney transplant to lead a normal life. This is a major concern," he said.