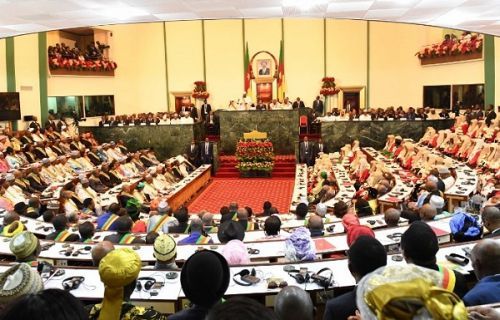 Raphaël Mvogo calls on the parliament about his dispute with Xinhua

Last February 28, Cameroonian Raphael Mvogo sent a letter to Marcel Niat Njifenji, president of the Senate, recounting the four years of socio-professional dispute between him and his former employer, China News Agency Xinhua. "I was wrongfully dismissed in September 2018, after ten years of dedicated services,” he wrote.

He sent the same letter to Cavaye Yeguié Djibril, president of the National Assembly, explaining that this initiative is not motivated by his selfish ambitions.

"I am calling on the two heads of the Parliament to question the government about an incident that is nowadays considered trivial. Foreigners come to our country, deceive, torture, and kill Cameroonians. They also trample on the laws of the republic voted by the Parliament. Someone has to raise the alarm: This is what I am doing,” explains Raphaël Mvogo.

Through his letter, the former Xinhua correspondent is pointing an accusing finger at the Ministry of External Relations (Minrex). The "Minrex is a special authority that deals with diplomatic disputes.  Therefore, when an employee working for an accredited diplomat turns to the Minrex, the latter is obliged to help the employee, but this is not always the case,” he wrote.  To illustrate his accusation, he indicated that he was abandoned to his fate. In early 2020, the Presidency of the Republic ordered the government to urgently settle that “diplomatic” dispute, he indicated. However, in a letter dated September 2020, the Minrex informed Raphaël Mvogo that Xinhua’s Yaounde-based agency is not a diplomatic post.

For Raphael Mvogo, this response is just a way for the Minrex to avoid taking its responsibilities.  As proof, he wrote, in November 2018, during a meeting with the labor inspector, Xinhua’s lawyer stated that the news agency had diplomatic immunity.

Also, on the certificate issued to the journalist after his dismissal, the Chinese diplomatic representation in Yaoundé attested that Xinhua had no autonomous legal personality because it is affiliated to China’s embassy in Cameroon.  Another proof showing the Minrex did not want to take its responsibilities is that the ministry issued a diplomatic document ( a special identity card) to Qiao Benxiao, the Chinese national acting as Xinhua’s correspondent in Cameroon.

"The parliament must call on the government to [take its responsibilities] so that Cameroonians can feel safe in their own country. Our citizenship is not protected. Cameroonians don’t feel safe or protected in their home country,” concluded  Raphael Mvogo.

For the time being, both Cavaye Yeguié Djibril and Marcel Niat Njifenji are yet to reply to that letter.