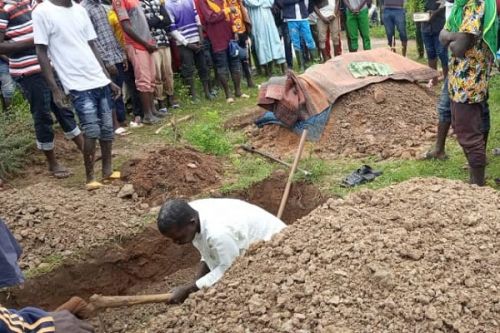 On the night of August 1 to 2, 2020, at around 11 p.m., the Islamist sect Boko Haram raided the Nguétchéwé village in the far north of Cameroon. According to the provisional count, about 20 people died during that raid, including civilians and two terrorists.

"For about four hours, they simultaneously attacked the camps of internally displaced persons -located behind the Nguétchéwé integrated health center- and the houses of some villagers while they were asleep,” the chairman of the vigilance committee said to the regional newspaper L'œil du Sahel.

Eighteen (18) civilians “were killed by gunfire or had their throats cut. They include men, women, and children. Also, eight villagers are still missing but we don’t know whether they are dead or simply hiding in the bush,” a resident explained.

According to the initial counts carried out by the local vigilance committee, at least 13 people were injured during the attack and some of them are in critical condition (media sources reveal that they are currently under intensive care at the Adventist Hospital in Koza).

According to Blama Dougdje Kom, head of the refugee district, this incursion of Boko Haram members should prompt the government to create a military post in the village. "I believe that this is an interpellation for the state. We need a military post," he said.

Nguétchéwé, located in the Mayo-Moskota district, has very often been the target of attacks from members of the Islamist sect. For instance, on November 14, 2014, the priest Georges Vandenbeusch was abducted. Also, on February 10, 2016, a double suicide bomb attack during a wake killed six people and injured about 15. The same year, four people were killed in a suicide bomb attack inside the mosque of Nguétchéwé.