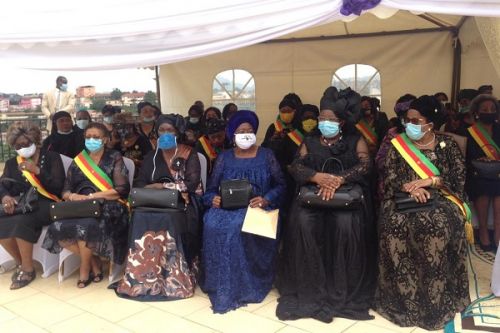 Women and children are the first victims of the ongoing socio-political crisis in the northwest and southwest regions of Cameroon. According to the Minister for the Promotion of Women and the Family (Minprof), Marie Thérèse Abena Ondoua, women are targets of barbaric acts committed by separatist militias. Florence Ayafor, Comfort Timassam, Mbah Treasure, and many others were tortured, raped, and murdered.

A national campaign was initiated to denounce the atrocities faced by these vulnerable categories of people. More than 200 women from various backgrounds gathered at the Yaoundé City Hall on September 1, 2020, to launch the campaign.

"As mothers of this nation, we say no to all forms of violence. We say no to murder, we say no to school boycotts, we say no to our children wasting their precious lives in the bushes. We say yes to peace, progress, and unity," said Emilia Lifaka Monjoa, Vice President of the National Assembly.