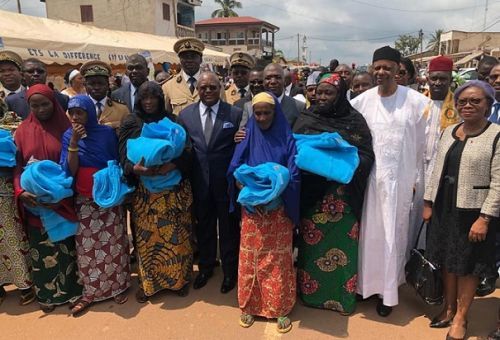 Cameroon to distribute over 16.5 million LLINs in April next year

Cameroon will launch in April next year the 4th national campaign of free distribution of long-lasting insecticide-treated nets (LLINs). Dorothy Achu, permanent secretary of the National Malaria Control Program (NMCP), who reported the information, said more than 16.5 million LLINs will be distributed across the national territory.

"No household should be left aside. We must find ways to reach every family, especially nomads and those living in the forests. We are aiming for universal coverage," she said in an interview with Cameroon Tribune.

Willing to go beyond the overall coverage rate of 92% of households, Dorothy Achu planned an awareness campaign to reach households not included during the 3 previous campaigns.

According to official stats, the Malaria mortality rate dropped from 18 to 16 deaths per 100,000 inhabitants between 2018 and 2019. This makes about 500 deaths prevented in a year.

Let's note that Cameroon has received a global grant of CFA66 billion to fight this endemic disease over the past decade.