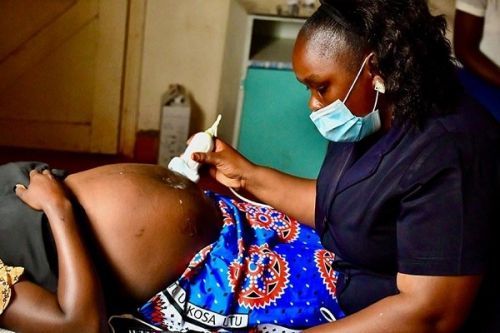 The Cameroonian government announced it now targets pregnant women for Covid-19 vaccination. When the immunization campaigns first started, authorities ruled out pregnant women because of the lack of data on them, as they were not included in the initial clinical trials of Covid-19 vaccines.

"They (pregnant women) are now included, since the last campaign. They receive the Pfizer vaccine, which is given in two doses, 21 days apart,” authorized sources at the International Vaccination Center in Bertoua (East) told SBBC. According to the Expanded Program on Immunization (EPI), the vaccine developed by the American laboratory Pfizer and the German biotech BioNTech is the one recommended for pregnant women with or without comorbidities, and those who breastfeed. The World Health Organization (WHO) recommends its use given “the substantial risks from COVID-19 during pregnancy.” The organization indicated that “evidence on the safety of COVID-19 vaccines during pregnancy has been growing.”

The next campaign in Cameroon, set to take place next month, primarily targets pregnant and breastfeeding women, according to the Ministry of Public Health (Minsanté). The official explains that the objective is to strengthen their immunity, as they are likely to develop a severe form of Covid-19. Experts say pregnant women who have tested positive for Covid-19 are "four times" more likely to be admitted to intensive care than their peers who are not pregnant. And this risk increases as the pregnancy progresses.

Recommended vaccines (such as Pfizer and Moderna) are considered safe for fetal development, based on currently available data. On September 29, the EPI said it has 770,286 doses of vaccines, 18,214 of which were Pfizer. As a reminder, the vaccination against Covid-19 began in April 2021 with health workers being the first targets. People over 18, those living with comorbidities, and those over 50 followed respectively. To date, nearly 1,893,658 doses have been officially administered to the target groups