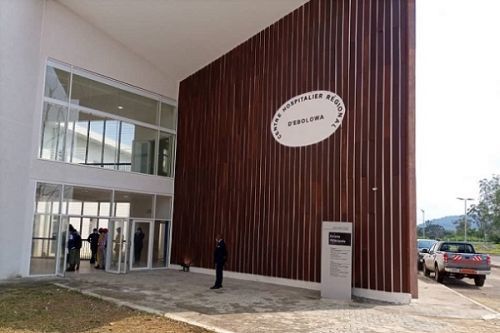 Today December 3, Prime Minister Joseph Dion Ngute has presided over the official inauguration of the Ebolowa regional hospital in the South.

The inauguration of this health centre was first announced in June, then postponed to November before finally being effectively inaugurated today. Spanning over 12,400 m² in the Ngalan District, the hospital built on the former site of the Ebolowa agropastoral village is presented as a reference centre.

"Built-in accordance with current international norms and standards, the centre unapologetically boasts of being a futuristic hospital," according to the Ministry of Public Health (Minsanté). It has 118 beds and offers eleven services including cardiology, radiology, emergency surgeries, neonatology, and obstetric care.

The construction of the Ebolowa Regional Hospital Center is part of the health component of the three-year Emergency Plan for Accelerated Growth (Planut). The said plan provides for the construction of eight regional hospitals in Bafoussam (West), Bamenda (North-West), Bertoua (East), Buea (South-West), Ngaoundéré (Adamaoua), Maroua (Far-North), Garoua (North), and Ebolowa (South). It also provides for the upgrade of the technical capabilities of the Yaoundé and Douala general hospital, as well as that of the University Teaching Hospital of Yaoundé (CHUY).