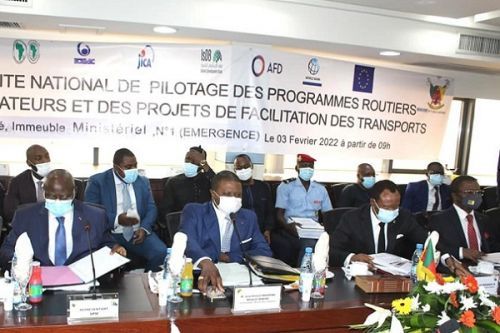 Yesterday February 3, a session of the steering committee of the integrated road program of the Transport Facilitation Project was held in Yaoundé. It was chaired by the Ministry of Public Works (Mintp), with the Minister of Public Works as its vice president.

During the session, the steering committee examined and adopted a budget of about XAF178 billion for the asphalting works on 384 kilometers of road.

According to state media Cameroon Tribune, the roads include 280 kilometers of Ring Road in the North West region, the 53 km Grand Zambi-Kribi road in the South, and the 93 km Bogo-Pouss road in the Far North region.

"I would like to express our consideration to a certain number of partners that have already agreed for the accompanying development works to be carried out simultaneously with the road construction works. Thus, at the end of the road construction/rehabilitation works, local populations will immediately feel the impact of the infrastructure provided to them,” said Emmanuel Nganou Djoumessi.

The Ministry of Public Works adds that during the February 3 session, participants also reviewed a document that could serve as a compass for efficient implementation of the project planned.

The said steering committee has a budget of XAF987 billion. A notable portion of that envelope is provided by development partners like the African Development Bank, the Japan International Cooperation Agency, the French Development Agency, and the Islamic Development Bank.