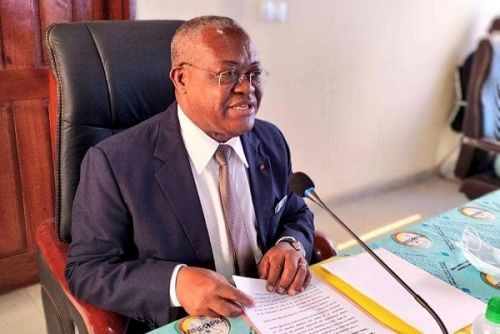 The Minfopra to process 8,000 teachers’ cases within 15 days

"Today, I launched a rapid results initiative (RRI) to process over 8,000 teachers’ cases within 15 days, " says Joseph Le (photo), Minister of Public Service and Administrative Reform (Minfopra). “I prescribed self-dedication and rigor to my collaborators,” the official added convinced that his teams will meet the challenge.

According to the government official, the cases that will be processed were sent last February 14 to 23, when the protest movement initiated by teachers (baptized “Craie morte”) was gaining momentum.

This initiative announced by the Minfopra is unlikely to stop the protest movement. Indeed, the group "On a trop souffert" (OTS), which called the protest formulated a list of 20 demands. The first of them is the payment of backpays, promotion bonuses, family allowances, and other bonuses.

Nevertheless, Minfopra is set on seeing his initiative through by the evening of March 18 and proving that the RRI approach is effective. According to the ministry of the Public Service’s communication department, the RRI approach was developed to deal with some “specific situations.”

This is not the first time the ministry is processing teachers’ cases using the RRI approach. When announcing the beginning of the processing of those 8,000 cases, Joseph Le revealed that it is the third set of cases to be processed using that approach. The previous set involved 26,000 cases started in November 2020 and completed within the target timeframe (100 days).