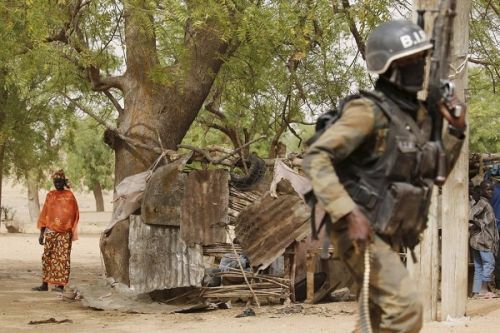 Cameroon was the 11th country in the world most affected by terrorism in 2021, with 37 Boko Haram terror attacks resulting in 58 deaths in the Far North that year, according to the Global Terrorism Index 2022 published by the  Institute for Economics and Peace (IEP). For the second consecutive year, Cameroon was even more affected than Nigeria, we learn.

In Africa, Cameroon is the fifth most affected country, after Somalia, Burkina Faso, Nigeria, Mali, and Niger.

According to the index, between 2014 and 2021, Cameroon eliminated 326 Islamist terrorists. While the number of deaths caused by those terrorists is 1224 victims.

The report only focused on the terror attacks in the Far North. It did not take into account attacks that occurred in the Northwest and Southwest, where a separatist crisis is raging since 2017.

Cameroon went to war against Boko Haram in 2014. The army was deployed to the Far North region where Boko Haram insurgents from Nigeria used to organize armed attacks with the stated purpose of creating an Islamic caliphate in the region. Since the start of the separatist crisis, part of the security and defense forces deployed in the Far North has been redeployed to the NorthWest and SouthWest.