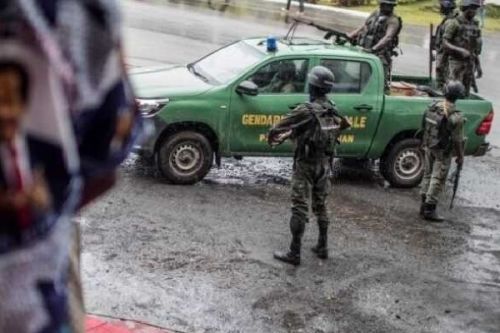 Cameroon’s national gendarmerie reports its forces had freed about thirty hostages in the Adamaoua region as part of Operation Adano (Adamaoua-North) in the first quarter of this year. The operation is aimed at combating major rural banditry, particularly hostage-taking for ransom, road blockers, cattle rustling, and various forms of illicit trafficking.

“We have recorded 27 cases of hostage-taking in the region, with 38 people held in captivity. Thirty people have been released. Only eight remain in captivity,” Colonel Jean Pierre Kagombe Keffienne, commander of the Adamaoua gendarmerie legion, told Canal 2. According to him, hostage-taking is concentrated in the departments of Faro-&-Déo, Vina (of which Ngaoundéré is the capital), and, to a lesser extent, Mbéré.

The officer stressed that the local population has closely collaborated with the gendarmerie as part of the operation. “Thanks to them, we were able to arrest a dozen hostage-takers. We seized a dozen weapons and a lot of ammunition,” said Colonel Kagombe Keffienne. Kidnappings generally target herders and traders and are carried out by armed men who sometimes come from the north, Chad, or the Central African Republic (CAR). A report by the Mbororo Social and Cultural Development Association (Mboscuda) revealed that more than 300 people were kidnapped in this part of the country between 2015 and 2018, between one billion and 2.1 billion CFA francs in ransoms were paid to the kidnappers, and about 30 people were killed over the same period.