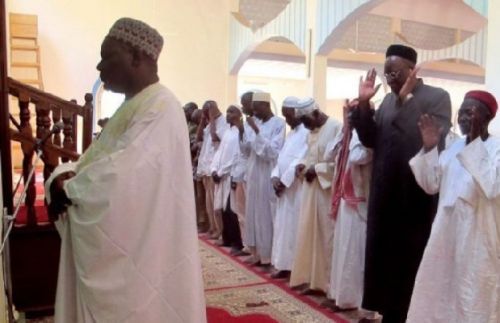 In a circular dated April 30, 2021, Kildadi Taguiéké Boukar, governor of the Adamaoua, prohibits the organization of the Tahajjud (the night prayers usually organized during the month of Ramadan) in mosques in his region.

In the circular sent to prefects, Muslim authorities, and lamibés in his region, the governor explains that this prohibition is issued because it is difficult to control the number of people gathering in mosques during the last 10 days of Ramadan.

According to the governor, during this period, people are excited for night prayers and spiritual retreats that can facilitate the transmission of the Covid-19 in the Muslim community.

In Cameroon, the month of Ramadan began on April 13. It will end with Eid-ul-Fitr (Festival of Breaking the Fast) on May 12 or 13, depending on when the new moon is sighted, the National Lunar Crescent Commission (NCLC) said in a statement. According to Muslim tradition, the last 10 days are the most important.

Professor Souley Mane, spokesman of the NCLC explains that this period is when people expect the night of destiny whose blessing is equivalent to 1000 months of prayers. “This night is among the odd nights of the last ten nights of Ramadan. This is the reason Muslims pray all night during the period. During this period, some Muslims make a spiritual retreat in the mosques to exclusively worship God. It is also during those last ten days that the end-of-Ramadan celebration takes place," he adds.

Many people usually come to mosques for those events but since the beginning of the pandemic, the government has been limiting the number of people in gatherings because they can facilitate the spread of the pandemic.

Ramadan is a holy month for Muslims who pray and fast during that month. As was the case in 2020, this year’s Ramadan comes in a context marked by the coronavirus pandemic and the preventives measures that ensued. Although mosques are authorized to open, the prayers must be organized following strict health protocols.

For instance, the government requires attendants to wear face masks and regularly wash their hands. Physical distancing and the maximum number of attendants (50) have also been issued. However, those measures are not implemented.