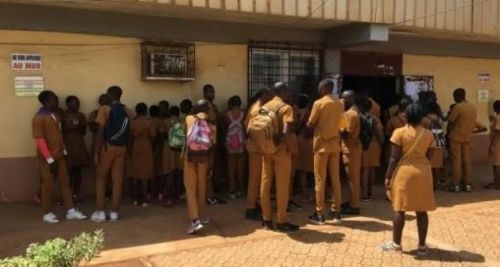 The police of Yagoua, Far North region, announced an initiative to fight against truancy in the locality. From now on, "any pupil found wandering in the town during school hours will be arrested and taken to the police station," Senior Police Commissioner Germain Djakedi warned. Similarly, "any child of primary school age wandering around the city will also be arrested, as elementary school is declared compulsory in Cameroon”.

The measure entered into force on September 19.

The police said truancy often leads to failure and dropping out of school. Indeed, the Far North region did not fare well in the latest official exams.  The region was 9th (out of 10) with a success rate of 50%, while the overall rate this year was 66.27%. These are the results of the baccalaureate exam for the 2022 session, released by the Office du Baccalauréat du Cameroun (OBC). Over the previous year, the region occupied the same place but with a success rate of 68.94%.

Many schools refuse to let latecomers access their premises. The consequence is that they wander the streets during school hours and are exposed to deviance. This situation is, according to the Minister of Secondary Education (Minesec), Pauline Nalova Lyonga, “a real obstacle to the achievement of our educational objectives”. She recommended in a February 3, 2021 memo that "they be given manual labor before being accepted into class, when late, to prevent them from wandering."