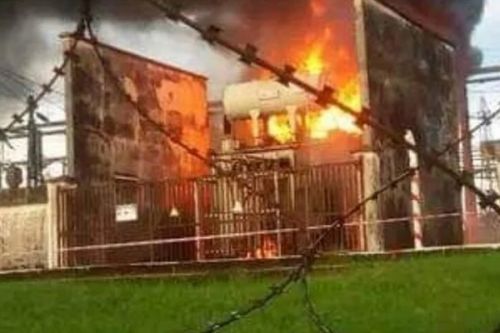 New fire on the Sonatrel site in Douala, a dozen neighborhoods without electricity

Many families have been without electricity since October 31 in Bonaberi, the fourth district of Douala. The reason? A new fire damaged a site of the electricity transmission company (Sonatral), according to the Minister of Water and Energy, Gaston Eloundou Essomba.

During a site visit yesterday, the official reassured the population that measures are being taken to remedy the situation in the 10 neighborhoods. He demanded that the national power utility Eneo set up an energy rationing schedule to lessen the consequences of the lack of power in the affected areas.

"I have already asked Eneo and Sonatrel to do everything possible to gradually resume power distribution in these areas. It is planned that by Saturday (tomorrow) at the latest, 50% of households that are impacted will have electricity," Gaston Eloundou Essomba said on Sky News Tv, stressing that the remaining households affected by the blackout will have to wait at least one more week for a return to normal. "By Saturday of next week at the latest, the remaining 50% of households should be back online," he added.

Such incidents are recurrent in Cameroon. Last month, a fire at the Sonatrel transmission station in Logbaba, in Yaoundé, led to a power cut for days in much of the city.