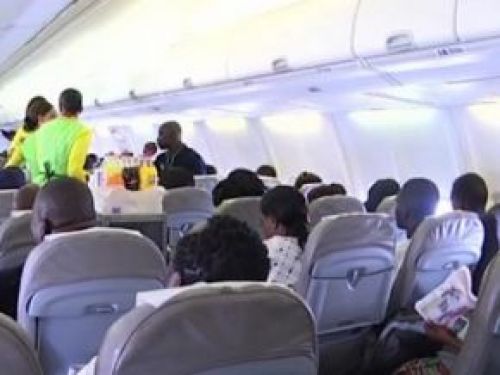 The employees of Cameroon’s national airline Camair-Co are threatening to go on strike on March 9. On February 24, they submitted an 8-day strike notice to the air transport employees union (Stta) demanding the payment of three months’ salary arrears.

The strike notice reports “the very high risk of activity shutdown, operations almost reduced to the lowest point, the drastic and dramatic loss of customers and the over-indebtedness of the company." Employees also note the deterioration of on-board service, the departure of pilots and senior executives, a reduced Board of Directors at the end of its term of office (except for the Chairman of the Board), the failure to pay contributions to the National Social Insurance Fund (Cnps) and the failure to take over Intercontinental, which seems to be a “profit center” for the company.

Based on what the staff reported, the Union is now demanding the recapitalization of the airline, the rehabilitation of the fleet and the payment of employees' salaries. If these demands are not met before Monday, the staff is going on strike.

“We are still within the negotiation deadlines. If the negotiations don't succeed, we'll be forced to go on strike from 9 March,” said Stta's president Jules Frédéric Benga Nséké. “This strike notice can only be lifted once the discrepancies have been corrected and the workers' legal demands have been met,” he said.

It should be stressed that this situation is not new at Camair-Co, which has been going through a turbulent period for several months. On April 24, 2019, the national association of air transport unions presented a strike notice to the Managing Director, Ernest Dikoum, to denounce the precarious situation of employees and the decay of the company.