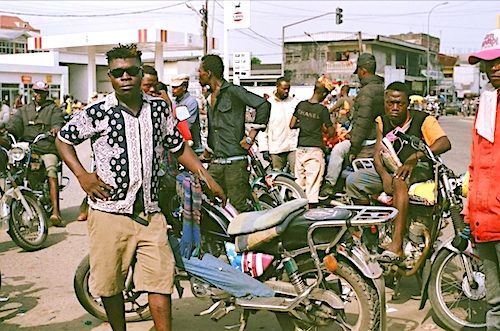 About ten people were injured during clashes between the local police of Douala and moto-taxi drivers. The incident happened after the drivers threatened to storm Mboppi's brigade to free the twenty or so of their colleagues held in custody in this unit of the Douala National Gendarmerie.

The colleagues in question were arrested during clashes that took place on March 2, 2021, between them and the municipal police officers after they opposed the decision by the government to force them to have a driver's license and wear a uniform, to facilitate their identification.

Interviewed by urban radio, a moto-taxi driver admitted that "many of us don't have a driver's license, but we are in the process of complying with the new rules.  But in the meantime, the town hall is preventing us from working.”

According to Hilaire Nzouakeu, national coordinator of the Union of Motorcycle and Tricycle Taxi Drivers, about 100,000 ben-skins (local name for moto-taxi) provide nearly 70% of urban transport in Douala, which has a population of more than 3 million.

According to a report on road safety in Cameroon published in August 2018 by the United Nations, this sector, resulting from youth unemployment and the lack of public transport, does not comply with the existing regulation in the country.

The same report notes that this activity is essentially carried out by young people with no training and very often driving without a license. Drivers also overload very often and as a result, seven out of ten road accidents in Douala involve moto-taxis. The Laquintinie Hospital has set up a whole division for road accidents involving moto-taxis.