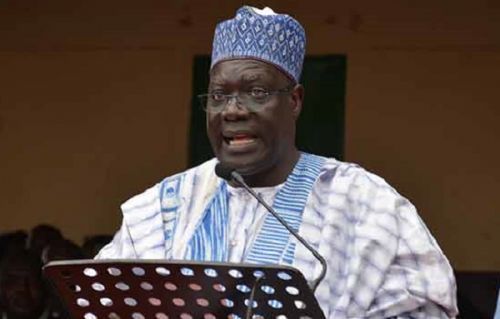 An internal note from the Ministry of Youth Affairs and Civic Education (MINJEC) reveals that to date, just XAF15 billion has been effectively released for the implementation of the special 3-year youth plan. According to the same note, that envelope helped fund 7,301 projects and created 21,903 direct jobs.

In a press briefing on June 29, 2021, The Minister of Youth Affairs Mounouna Foutsou (photo) indicated that within three years, a XAF100 billion budget was dedicated for the special youth plan, for 7,300 projects offering 22,000 direct jobs and 66 pioneer villages developed. This revelation prompted questions from part of the public.

Another official at the Ministry of Youth Affairs explains that the budget dedicated for the youth pan is XAF102 billion, gradually released. However, to date, only XAF15 billion has been effectively released. “The remaining is yet to be released,” the official said.

In 2020, 1,923 youth projects were selected and over XAF6 billion budgets were dedicated for those projects. Out of that budget, some XAF4 billion were destined for the development of 66 villages and 83 business clusters. There is no information about the use of the about XAF2 billion budget remaining. Probably, it was not released. Therefore, the about XAF15 billion effectively released is coherent with the use to date.

In 2021, the MINJEC announced that XAF3 billion was dedicated to financing 1,129 projects selected. It also informed that between 2020 and 2021, 3,052 youth projects were selected and were being implemented with a XAF9 billion budget.

According to the MINJEC, the budget dedicated to the special youth program between 2017 and 2021 helped identify high-potential sectors, organize, review and select promising projects, support the implementation of submitted projects and monitor performances. It adds that overall, 8,424 projects were selected for a XAF19 billion investment.

The special youth program was announced on February 10, 2016, by the President of the Republic during his address to the youth. The said program is a strategic short-term framework supporting government and private institutions dedicated to youth support and development to integrate the youth into productive sectors and boost their contribution to inclusive growth, the MINJEC reminds.