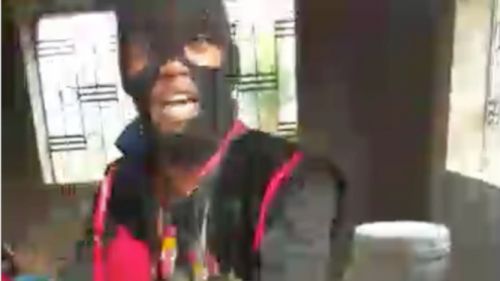 The Cameroonian government confirmed yesterday an attack on a school in Limbe, the main city of the department of Fako in the Southwest region. “Nearly a dozen unidentified individuals with knives and amulets burst into the premises of Kulu Memorial College at around noon,” the Communication Minister, René Emmanuel Sadi, said in an official statement.

Videos posted on social media showed the attackers molesting students and teachers after taking their clothes off. They ransacked the premises and set fire to part of the school. Thankfully “the incident did not claim any human life,” the minister reassures.

Two other attacks on schools took place between November 3 and November 4, 2020.  On Tuesday, November 3, at around 9 am, "four terrorists" on motorcycles, carrying AK 47 rifles, attacked the Longla Comprehensive College in the Mankon district of Bamenda. The outlaws opened fire in the direction of the college before fleeing when a police patrol arrived. The attack created panic in the city. Some students and teachers were slightly injured. "No serious damages were recorded," the Communication Minister said.

The same day, a Presbyterian school was attacked in the "Square" area in the Tobin district of Kumbo, Bui department (North-West). According to the government, several hooded individuals broke into the school by climbing the back wall and kidnapped six teachers as well as 10 students who were released shortly afterward thanks to popular mobilization. Reverend Samuel Fonki, head of the Presbyterian Church of Cameroon, said that 11 teachers and administrative staff were kidnapped and are still in the hands of their captors. The authorities indicate that everything possible is being done to free them.

“The government once again strongly condemns all these despicable and cowardly acts committed against young learners and their teachers to dissuade parents from sending their children to school and to create psychosis within the educational community," said René Emmanuel Sadi.

Cabral Libii, MP and President of the Cameroonian Party for National Reconciliation (PCRN), also condemned the attacks in a midday tweet. "I give all my support to the students, teachers, and parents who live through the daily hell of terrorism. A state of emergency should be quickly declared while the political settlement of the crisis continues," he tweeted.

The attack in Limbe comes the day before the beginning of the funeral, on Thursday, November 5, of the 7 children murdered in their school by an armed group on October 24 in Kumba, in the Southwest.