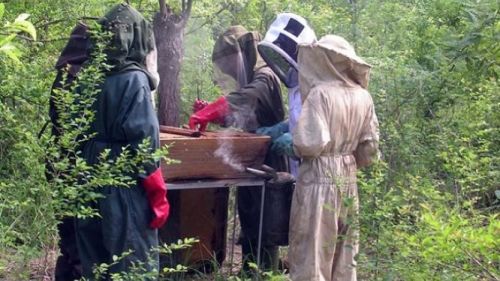 Adamaoua: Honey collection centers to be rehabilitated for improved production

The National Community-Driven Development Program (PNDP) will rehabilitate and equip honey collection centers in Djohong, in the commune of Meiganga, Adamaoua. The initiative aims to improve the working conditions of beekeepers in Djohong.

In that framework, 108 producers with about 200 beehives each will be impacted, therefore improving the quality of honey harvested in the region.

According to the Livestock Development Project (Prodel), since 2015, Cameroon has been producing "3,341 tons of honey and 200 tons of wax every year.” The country exports 900 tons of honey to Nigeria and Europe. Most of the honey exported comes from the North-West, home to the renowned Oku white honey.

Adamaoua accounted for 70% of the national honey production. However, the sector is currently crisis-stricken because individual honey producers are fleeing to avoid being taken hostage, as such practices are a usual occurrence in the region.

Also, beekeepers lack closed premises to carry out their activity and dedicate utensils for honey processing, the Prodel notes.

The honey collection centers’ rehabilitation and equipment distribution project is aimed at solving that problem.