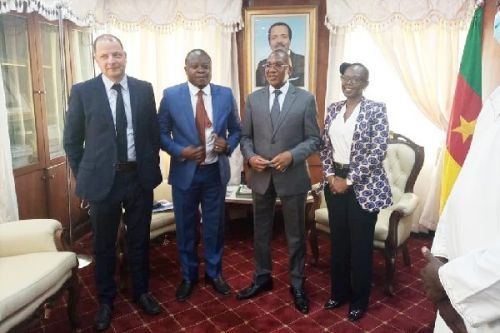 During their meeting, the two parties discussed the best way to fight malaria in the country.

"I discussed today [March 4,2022] (...) with the senior Bill & Melinda Gates Foundation officers for Africa.  The focus was on exploring ways to accelerate the eradication of malaria in Cameroon," Malachie Manaouda tweeted.

During the meeting, Phanuel Habimana, resident representative of the World Health Organization (WHO), invited the Bill and Melinda Gates Foundation to support quick access to malaria patients in Cameroon and keep Cameron in mind when the malaria vaccine becomes operational.

To achieve this result, the Bill & Melinda Gates Foundation promises to boost the capacity of the National Malaria Control Program (NMCP), which effectively reduces malaria (according to the Ministry of Public Health).

The Minsanté explains that once the NMCP’s capacities are boosted, the Ministry of Public Health will be able to up its interventions in the fight against malaria.