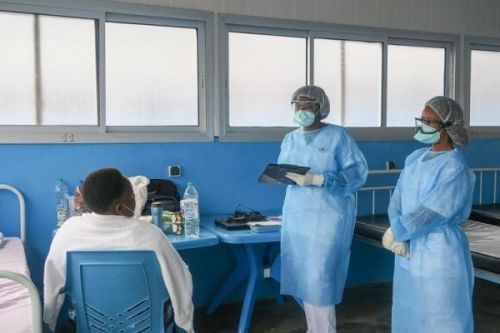 The vaccination campaign against the Covid-19 pandemic has been opened to health workers in Cameroon since April 12, 2021. But a national survey on the acceptability of the vaccination shows that not everyone agrees on the issue. A little more than one in two caregivers (54.5%) say they would like to be vaccinated "if an effective and quality vaccine was available.” The survey was conducted from March 1 to 6, 2021 among 1,236 caregivers in the 10 regions of the country by the Expanded Program on Immunization (EPI).

Among the respondents, 8% were undecided while 37.6% were not in favor of vaccination.  In addition, the vaccine acceptance rate is 63.2% among men and 48% among women. There is also a regional disparity in vaccine acceptability among health personnel; 92.5% are in favor of vaccination in the North-West while 37.2% support it in Douala. Most people fear that the vaccine would not be efficient (54.3%).

The study revealed that one-third of the health personnel did not give a reason for their choice. However, 60% of respondents felt that vaccination should not be mandatory for health personnel. Some 39,971 people have already been vaccinated since the start of the vaccination campaign, according to official figures. "As of May 6, 2021, Cameroon has already administered 23,882 doses of the Sinopharm vaccine [and] 16,089 doses of the AstraZeneca vaccine," Minister of Public Health (Minsanté) Manaouda Malachie tweeted.