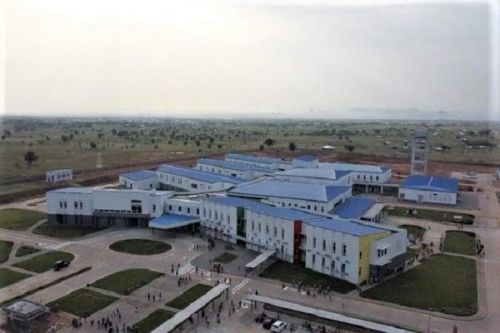 The Cameroonian government announced plans to make the Garoua hospital a medical tourism destination in the coming years. Through this first-class health facility created by presidential decree, the country hopes to attract foreign patients in particular with top notch services and attractive prices.

"Whether it is a herniated disc, head trauma, low back pain, and all tumors that can affect the brain or the spinal cord, the General Hospital Garoua has the necessary equipment and skilled workers to provide treatment... Despite its particularly high quality, a pricing policy that makes care accessible to all has always been the option prescribed by the Head of State," the Health Minister, Manaouda Malachie, said last September 2 during a site visit. According to him, this hospital is equipped with medical and paramedical equipment of the latest generation that allows surgeons to perform surgery in live collaboration with other specialists by videoconference.

The Garoua General Hospital reportedly has seven "connected" operating theaters where six surgical operations have been performed "successfully". It is also reported that the healthcare center has qualified staff, trained in South Korea. "The first cohort of doctors and health personnel have been trained in South Korea and the second group is currently being trained. We have just launched the selection of the third group," said Manaouda Malachie, adding that this hospital is the result of cooperation between Yaoundé and Seoul.