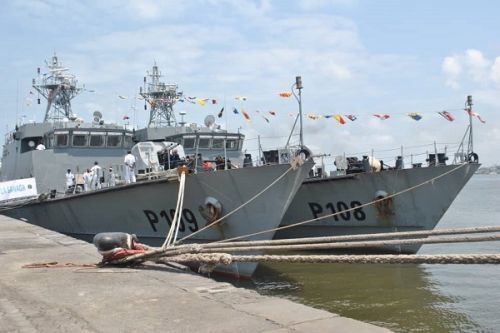 The Cameroonian navy will participate in a fleet exhibition next September 19 in Rio de Janeiro, Brazil. The information was reported by Martin Agbor Mbeng, the Cameroonian ambassador to Brazil. He indicated that the event will see the presence of Samuel Eto'o, the current president of the Cameroon Football Federation (Fecafoot).

During the exhibition, Cameroon will showcase its patrol boats: CNS Le Ntem and CNS La Sanaga, which left the territory last month to take part in the commemoration of the 200th anniversary of Brazil's independence. This is a unique opportunity for Cameroonian nationals living in this South American country and for Brazilians to see these two Cameroonian warships. As such, the ambassador invites people who wish to discover the world of the naval forces of Cameroon to register.

As a reminder, the two patrol vessels left the port of Douala on August 12, as part of the "Sea Lions on the move Brazil 2022" operation. After a three-day technical stop in Abidjan, Côte d'Ivoire, they docked on August 26 at the naval base in Natal, the capital city of the state of Rio Grande do Norte, where the naval group rested for two days before setting sail again on August 28 for Rio de Janeiro.