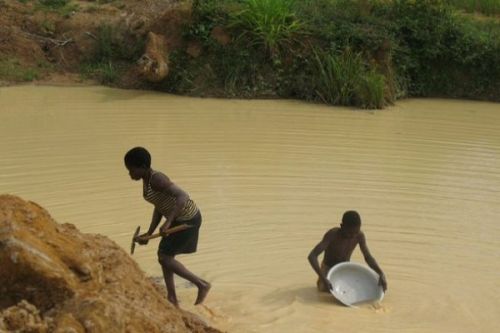 The Australian foundation Walk Free recently published its 2018 Global Slavery Index. With a total of 25.4 points, Cameroon is among the countries with the lowest points in this ranking which evaluates state responses to fighting modern slavery. The country scored a  ‘CC’ rating category just like  China (27.4 points), Niger (25.9 points), Gabon (24.2 points), and Togo (23.6 points).

In Cameroon, as in each of the countries with CC rating, "the government has a limited response to modern slavery, with largely basic victim support services, a limited criminal justice framework, limited coordination or collaboration mechanism, and few protections for those vulnerable to modern slavery. There may be evidence that some government policies and practices facilitate slavery. Services are largely provided by IOs/NGOs with limited government funding or in-kind support," indicates the Walk Free Foundation.

The 2018 report shows that Cameroon’s rating has worsened, going from CCC to CC. Meanwhile, countries like Côte d'Ivoire and Tunisia improved from CCC to B. The Walk Free Foundation indicates that those two countries have pursued proactive policies to curb modern slavery. This is also the case for Morocco, which moved up the ratings from CC to CCC.

The reason Cameroon's rating dropped is its unconvincing response. Yet the level of prevalence of modern slavery on the national territory is a cause for concern. According to the Global Slavery Index 2018, out of an estimated population of 22.8 million, nearly 157,000 people were identified as victims of slavery between 2016 and 2018. The country was thus the 4th country with the highest number of cases of modern slavery  (primarily debt bondage, forced marriage, and the sale or exploitation of children).

The Walk Free Foundation was founded by Andrew and Nicola Forrest, who made their fortune in the mining industry. According to Andrew Forrest, over time,  the Global Slavery Index report will fill the information gap about the extent and the nature of modern slavery.

In this report, we learn that 40.3 million people in the world still live in slavery, 71% of whom are women. In addition, 15.4 million people are subject to forced marriage and 24.9 million people to forced labor. While countries like North Korea and South Sudan are the countries with the highest number of modern slaves, Western European countries have the least.