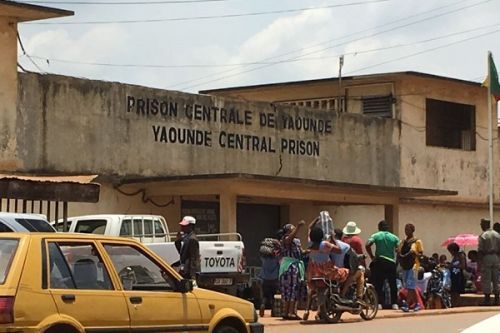 Yaoundé and Douala central prisons are two of the main cybercrime hotspots in Cameroon. This is revealed in a report published last March 3, by ANTIC, the National Agency for Information and Communication Technologies (Antic). The report provided no further details, however.

Last year, law enforcement agencies identified prisoners who defrauded high-ranking Cameroonians and foreign officials right from their prison cells in Douala and Yaoundé. A notable case was Jacques Calvin Eyafa, an inmate jailed at the Yaoundé central prison in July 2019 for fraudulent acts. He is suspected of having defrauded businessmen and officials from diplomatic representations and institutions affiliated to the United Nations, right from his prison cell, by posing as the Director of the Civil Cabinet (DCC) of the Presidency of the Republic, Samuel Mvondo Ayolo.

Inmates at the Douala central prison were able to extort money from the general managers of Cimencam, CNIC, and even the head of customs representation in Douala before being unmasked.

"When a prisoner needs a phone, it can be bought with the complicity of prison officers. Sometimes, the prison officers are the sellers of those phones. At times, the phones are illegally introduced in prisons by visitors who hide them in bread or food. During a search, prison officers seized phones hidden in a wig," explained Vincent de Paul Meva, head of the investigations unit in the office of the Delegate General for National Security (DGSN), in an interview with the government daily Cameroon Tribune.

"Once the phone enters the prison, the inmate who receives it can use it at will, for family, criminal or non-criminal affairs,” the police commissioner added.

Last February, the director of the Yaoundé Central Prison introduced new sanctions against the use of cell phones by prisoners.