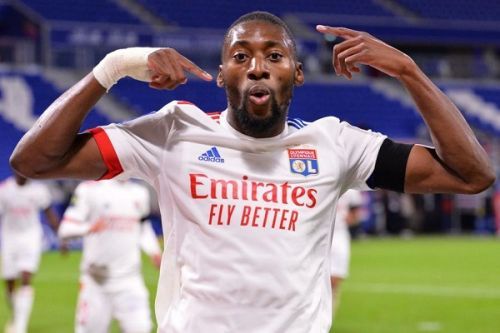 Cameroonian international Karl Toko Ekambi is among the eleven finalists for the Marc-Vivien Foé Prize 2021. This prize is awarded every football season to the best African player playing in the French Ligue 1. The names of the contenders were revealed on Tuesday, April 6 by RFI and France 24, partners of the initiative.

The name of the winner, elected by a jury of nearly 100 journalists specializing in French and African soccer from all media (radio, television, print media, Internet), will be revealed on May 17.

Born on September 14, 1992, in Paris, Karl Toko Ekambi spent most of his career in France. Trained at Paris FC where he began his professional career, he played at Sochaux and Angers (the finalist of the 2017 French Cup). After a stint in Villarreal, Spain, where he was elected La Liga‘s player of the month in October 2019, he returned to France to play for Olympique Lyonnais.

In 2015, he was invited for the first time to play for the Cameroon national football team. He was part of the team that won the AFCON2017 in Gabon. He was also on the list of the 25 players on the 5th and 6th days of the AFCON2021 qualifier matches against Cape Verde and Rwanda.

The best African player in Ligue 1 was renamed in 2011 to pay tribute to Marc-Vivien Foé, who died on June 26, 2003, on Gerland stadium in Lyon during the Confederations Cup. Last year, it was awarded to Nigerian player Victor Osimhen.