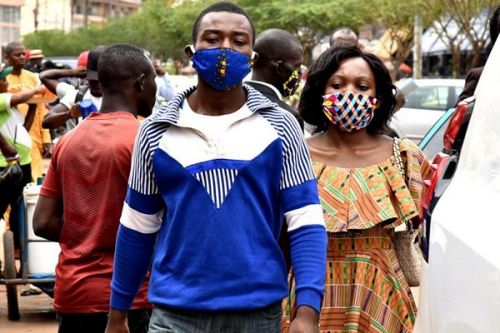 In Cameroon, the peak of coronavirus is expected between next June 10 and 15. “We had previously forecasted the peak to happen on June 31. But the loosening of restriction measures has led to a change in estimates. We now expect this peak to occur between June 10 and 15,” said the public health minister Manaouda Malachie.

Speaking during the TV show “Dimanche Midi” on June 7, the official said the peak period is expected to last two weeks. “If the level of response that we have today remains as it is, if another element does not trigger or accelerate the epidemic, logically, we should be coming down from the peak at the end of June, or early July. And we're going to go down considerably until certainly August,” he added. The epidemic peak is the point at which an epidemic begins its decline phase.

“Researchers have shown that the occurrence of the pandemic peak in each country depends on the intensity of social distancing and containment measures applied,” said Yap Boum II, an epidemiologist, and director of Epicentre Africa, the research center of Doctors Without Borders (MSF) in Yaoundé. However, the peak of the epidemic is far from signifying the end of the health crisis in Cameroon, especially since Covid-19 does not affect all regions with the same intensity.

“The peak is not the end of the epidemic. (...) We can have 2, 3, 4 peaks. All we need is an acceleration element to get us back on the peak. But the government is working so that we can control this epidemic in the best possible way. Because if, in the meantime, we have elements that can stop the spread of the epidemic as much as possible, we will not reach that peak. And we will short-circuit the peak and go down right away,” says Manaouda Malachie, calling for responsibility from everyone and respect for barrier measures.

In three months, the number of cases rose from 1 to 8,060 positive cases of the new coronavirus, including 4,748 recoveries and 206 deaths, according to figures released on Sunday. The public health minister says the loosening of restriction measures, the indiscipline of the population, and the rapid progression of the virus are all linked. According to experts, these official statistics are lower than the reality, because they do not take into account cases and deaths outside of hospitals.