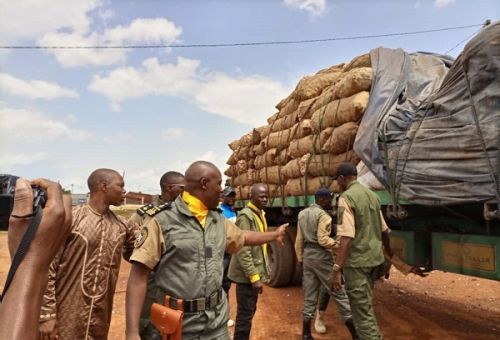 They discovered cans of contraband fuel hidden under a trailer carrying onion nets. They also found mobile phones and tablets of Tramadol, a drug used as a narcotic. The smugglers were attempting to enter the city of Ngaoundéré from neighboring Nigeria. This is the umpteenth seizure made by officers of Zone 3 of the Stop Illicit Trade Operation (Halcomi), which covers the regions of Adamaoua, Far North, and the North. A few days ago, customs officers in this area seized 45 aluminum tubes used as inputs in the manufacture of improvised explosive devices in the northern region.