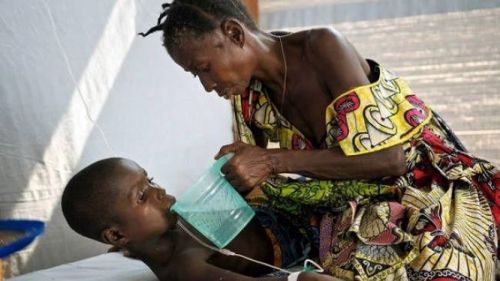 Nearly 1,000 cases of cholera diagnosed in four regions of Cameroon

Four of Cameroon’s ten regions are facing an upsurge in cholera cases. According to data compiled by the health authorities, 980 affected people have already been registered across the country. There are three cases in the Central region, 563 in the Littoral, 344 in the South, and 73 in the English-speaking South-West region.

“This cholera epidemic has already taken the lives of 45 people,” said a source at the outbreaks, epidemics, and pandemics department at the Ministry of Public Health, cited by Cameroon Tribune. The first case of cholera in the country was recorded in 2018 in the northern region before the epidemic spread to other regions.

The upsurge has not touched the northern region but “this part of the country remains under surveillance,” the source said. In the southern region, it is in the health district of Kribi that the largest number of cases has been reported, with a total of 200 patients. Difficulties in access to drinking water are the main cause of this evolution of the epidemic. Also, the lack of hygiene measures and the absence of latrines encourage the spread of cholera germs.

“Cholera is a highly contagious disease. A single case infects three to five people in its vicinity. When we have a confirmed case, we make a confirmation by epidemiological link. We no longer need to confirm all cases. Anyone who presents with diarrhea with or without signs of dehydration is considered sick and treated,” a doctor explained.