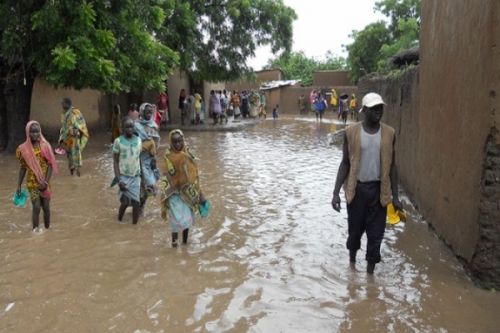 Severe drought and heavy rains in the Far North threaten food security for millions of people. The problem is the main focus of a recent report published by the World Bank.

In its Cameroon Country Climate and Development Report, the organization highlighted that “by 2050, if drastic climate change adaptation measures are not undertaken, more than 2.6 million units of livestock (71 percent of the current total) are expected to be under drought-induced stress conditions annually.” Livestock is an important asset and contributor to household food and nutrition security in the far North. Yet, on average, about 1.2 million heads of livestock are affected by more than three months of drought every year, the institution said.

Besides livestock, “more than 100,000 tons of crops, including 20,000 tons of maize, are also affected by weather shocks annually," the World Bank reported, stressing that "in recent years, floods have become more frequent and more intense in the Far North, negatively affecting livelihoods, and increasing food insecurity”. Also, “in 2019 and 2020, torrential rains flooded most departments in the Far North to an extent the country had not seen since 2012, affecting more than 20,000 hectares of farmland”.

The Bank believes that “the risks of food insecurity are likely to exacerbate internal migration, worsen already high chronic malnutrition, and threaten to increase stunting rates among children under five years old, affecting their long-term cognitive and physical development”.