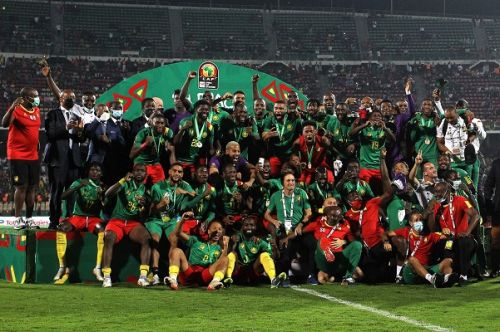 The President of the Republic has called for cohesion within the national senior men's football team, in a letter sent on Monday, February 7, 2022, to the captain of the Indomitable Lions, Vincent Aboubakar, through the Minister of Sports and Physical Education (Minsep) Narcisse Mouelle Kombi.

"The performance of Cameroonian players has undoubtedly not met all the expectations of our fellow citizens. That is why I urge our ‘Indomitable Lions’ to be more motivated and united to better prepare for major future sporting events,” wrote Paul Biya.

He also congratulated “the honorable performance” the national team achieved during the 2021 Africa Cup of Nations.

This letter comes in the wake of the controversy raised by Vincent Aboubakar's comments following the team’s defeat during the February 3 semi-final against  Egypt (during penalty shoot-outs).

The 30-year-old striker voted top scorer of this 33rd edition of the AFCON with eight goals scored, accused some of his teammates of putting their interest before collective victory during the semi-final.

"We have a strong team. We have won every time we play collectively. Today, however, everyone wanted to show what he can do individually and, in soccer, that’s the result [ed. note: defeat] you get when you play it that way. It’s automatic. Everyone was thinking about themselves only….,” he said when interviewed by  Canal +.

The video went viral raising outcry on social media and annoying some players. “That's his opinion. He can say whatever he wants. I won’t comment on that. I just want to congratulate the team,” said Karl Toko Ekambi, one of the team players, when Canal + asked for his opinions about the captain’s words.

AFCON2021 revealed some conflicts among the national team players despite the displayed great spirit. For instance, we learn, disappointed by his playing time during the competition, Eric-Maxim Choupo-Moting has decided to leave. There is also information claiming Jerome Onguene threatened to leave the group, frustrated for not being regularly selected in the national playing squad despite his good club performance. Indeed, the FC Salzburg (Austria)’s player was only lined up for the match against Burkina Faso.

Next March 24 and 29, Cameroon will face Algeria in a two-legged playoff for one of the five spots reserved for Africa at the 2022 World Cup, scheduled from November 21 to December 18, 2022, in Qatar.

The national team will also have to prepare for the AFCON2023 qualifiers. Those matches are important for the team. Hence the Head of State’s appeal for the Indomitable Lions’ “fighting spirit”.