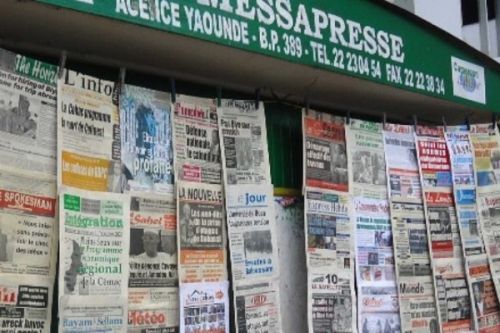 Media freedom: 52% of Cameroonians say media should be censored when necessary (Afrobarometer)

The pan-African survey research network Afrobarometer issued a new report ranking Cameroon among countries where people do not support media freedom enough. The document revealed that 52% of Cameroonians believe the government has the “right to prevent the media from doing things it disapproves of.” Across all 34 countries where people were surveyed, the average was 35%.

"Africans express broad support for the media’s role in fostering government accountability, and majority support media freedoms in every country except Mozambique, Tunisia, Cameroon, Morocco, and Tanzania," Afrobarometer said in its Dispatch No. 509, released on February 18, 2022.

Cameroon is ranked 32nd out of the 34 countries considered. Just ahead of Morocco and Tanzania. In Gabon, only 19% of the population think that the government should control the content of the media. To establish this ranking, Afrobarometer conducts face-to-face interviews in the language of the respondent’s choice with nationally representative samples that yield country-level results with margins of error of +/-2 to +/-3 percentage points at a 95% confidence level.