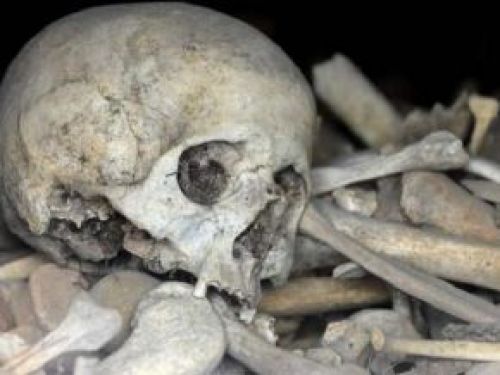 On June 26, agents of the Foumbot (Western Region) gendarmerie brigade discovered two complete human skeletons hidden in suitcases carried by two young men. During the investigation, the gendarmes learned that the bones had been unearthed in Ndikan, a village near Foumbot, a locality in the district of Noun.

“During the arrest, one of the traffickers resisted violently but was quickly subdued by the gendarmes. Both suspects are currently in pre-trial detention,” sources told La Laga, an NGO specializing in wildlife crime.

The two men were arrested during an investigation into the illegal trafficking of protected wildlife in the western region. The operation was carried out by the Foumbot gendarmerie brigade and the town's forestry and hunting control post, with technical assistance from Laga.

This is not the first time that an investigation into wildlife trafficking has uncovered a trade in human remains. Last May, several people were arrested in Noun, where there has been an upsurge in the trafficking of human bones. Three of them were sentenced to five years in prison, according to sources close to the case.

In 2012, five men were arrested in Djoum, in the southern region, with elephant parts and human remains.