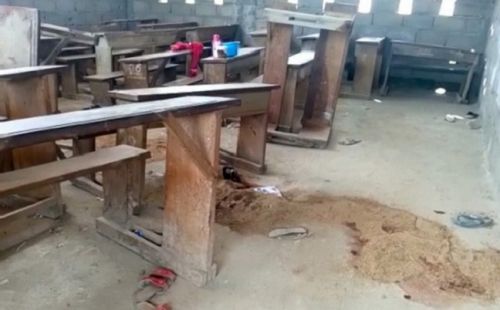 Four separatists involved in the grisly Kumba school massacre that happened in October 2020 were sentenced to death by the Buea military court on September 8, 2021. They were found guilty of "terrorism, hostility to the homeland, secession, insurrection, murder and illegal possession of firearms," according to the verdict handed down by the court, state media Cameroon Tribune reports. There has been no execution in Cameroon since 1997, but the four separatists will be executed by firing squad in the 10 days following the sentence.

On October 24, 2020, an armed group riding motorbikes broke into the Mother Francisca International Bilingual Academy, a private school in Kumba, opened fire and killed seven children on the spot while injuring several others. That attack caused a public outcry and shortly after, the army announced it had killed some of the culprits.

In February 2021, the Ministry of Defense (Mindef) issued a statement informing that a self-proclaimed "General Above The Law," leader of the group that perpetrated such a dastardly attack, was killed during a raid around Balangui. One of the goals of the raid was to neutralize the armed terrorists who gathered to plan attacks targetting Kumba and its neighbors, the MINDEF indicated.