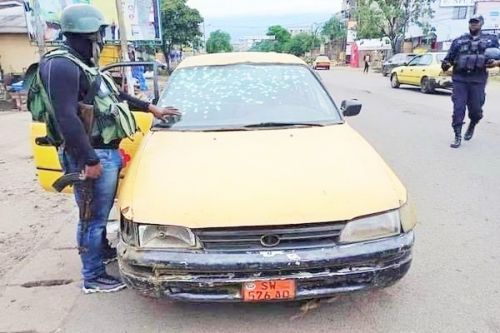 The city of Buea, in the southwestern region, was the victim of another homemade bomb explosion yesterday, November 8.  This is the second of such attack in a week.

The tragedy occurred when a man threw an improvised explosive device into a cab. Local sources reported that he pretended to be a passenger hailing a cab. So the cab stopped and he threw the device inside of it. The driver was seriously injured and died after being rushed to the hospital.

The attack has not been officially claimed, but the "Buea Ghost Fighters" are known for such attacks. They are a group of separatists who want to enforce the "Ghost Towns". Since January 2017, separatists have been enforcing compliance with a civil disobedience movement every Monday in the Northwest and Southwest (NoSo) regions.

"Ghost Towns" or "Dead Towns" are times during which all activities must be stopped, under penalty of reprisals. A week earlier, a cab had been the victim of a homemade bomb attack. Separatists said the cab driver was working on a day of dead towns.