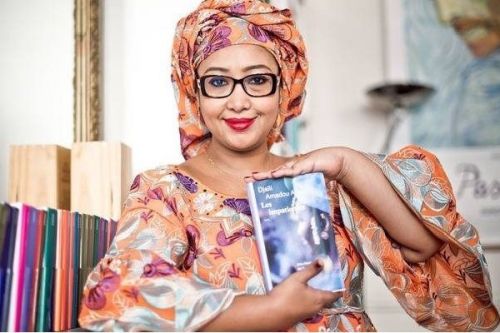 Six women were honored at the 8th edition of the Women of Influence Awards in late November in France. Among them is the Cameroonian writer Djaïli Amadou Amal, winner of the Woman of Cultural Influence Award.

"The Woman of Influence Award means a lot to me. I suffered in every imaginable way. I found solace in literature to save myself, my daughters, and other women through Femmes du Sahel," she said. With her novel "Les impatientes," Djaïli Amadou Amal, who was forcibly married at 17, was a finalist for the 2020 Goncourt Prize and winner of the Goncourt Prize for high school students the same year.

Still with "Les impatientes," hailed by critics, she also won the regional Francophone literary prize "Le Choix Goncourt de l'Orient 2020" organized by the Agence Universitaire de la Francophonie (AUF) in the Middle East and the French Institute of Lebanon. She was also the winner of the first edition of the Orange Book Prize in Africa in 2019 and the Pan-African Prize for Literature the same year.

As a writer, Djaïli Amadou Amal asserted herself as a feminist through her association "Femmes du Sahel" that works for the education and development of women in the northern part of the country, regardless of their ethnicity and religion.

Created in 2014, the Women of Influence Award showcases talented women who are examples of success stories. The cultural award was given to Djaïli Amadou Amal in recognition of her extraordinary life story and the inspirational role she plays worldwide.

On December 7, 2020, President Paul Biya congratulated her for the literary success of her novel and for having honored her country in general and women in particular. The head of state notably saluted the "committed citizen who advocates for a modern society rooted in noble African values."